Biography of a guitarist

This is where it all started, in 1982, when he began to play guitar with his uncle Lubomir Djokov and Stefan Vladimirov.

One year later he was introduced to the "father" of the Bulgarian classical guitar Dimitar Doychinov and he was his student until 1998.

1994-1998 - took his education at the New Bulgarian University (NBU), again under the direction of Maestro Dimitar Doychinov. Emil graduated with master degree in music and classical guitar.

1998-2003 - Emil Petrov was an assistant-professor at the "Department of Music and Performing Arts" at NBU.

In 2003 he moved to Leipzig, Germany and created his own guitar school "Lyra". 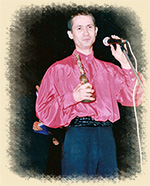 Emil Petrov is a winner of several important competitions:

Emil Petrov has made many TV and radio recordings through the years. 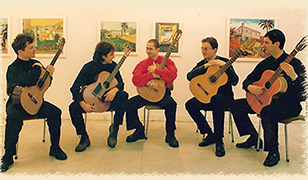 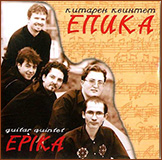